Drama and Performing Arts students added a valuable line to their CVs when they took part in a mentoring initiative at The Berry Theatre in Hedge End. 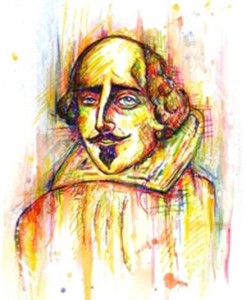 Following the success of the students’ 15-minute Macbeth – their own version of Shakespeare’s tragedy created for performance in secondary schools  – local Y9 pupils were inspired to take part in the Berry Theatre’s Shakespearience project.

This provided a unique opportunity to create a reduced version of Much Ado About Nothing with 12 Barton Peveril students leading acting workshops and passing on their experiences of working with Shakespeare’s language. Our students also had the opportunity to learn about stage combat and gain directing experience alongside the Berry’s drama development manager, Dan Hill.

The project was a huge success and could well become an annual event, with a different play and a new group of students eager to develop their teaching, directing and performance skills during their second year at college.