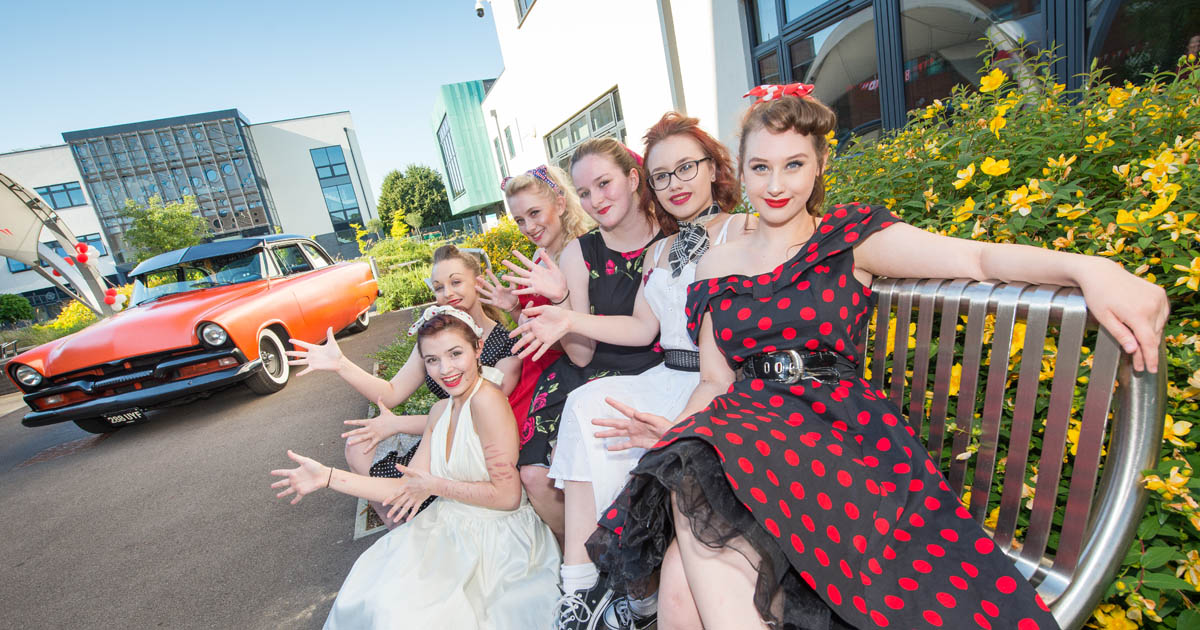 Barton Peveril’s Performing Arts students recently put on a successful Immersive Theatre production for a packed audience. The production transported guests back in time, as they met characters from the 1950s and watched the Barton High Talent Show of 1958.

The students remained in character and improvised as they interacted with visitors, which included friends, family and residents from the local community, giving a tour of the College; the campus was made to look like an American High School from the 1950s, adding to the immersive experience. At the end of the tour was the Barton High ’58 Talent Show, which included a range of performances that made reference to 1950s popular culture. 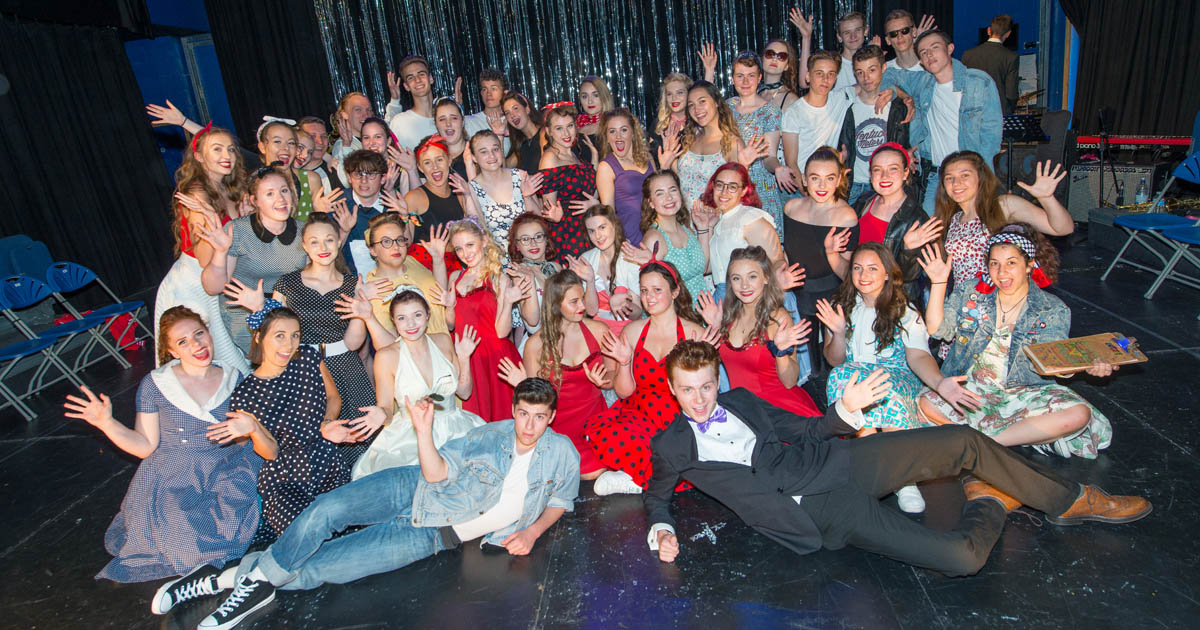 “It’s wonderful to see the coming together of different Performing Arts courses. We had students from Music, Musical Theatre and Acting all taking part and getting into the spirit of things. The students have helped decorate the College, we have had great help from catering organising 1950s diner style food and we even had a couple of 1950s cars turn up. The event is a nice send off for our 2nd years and a great way for our 1st years to be assessed on their Performing Arts units.”