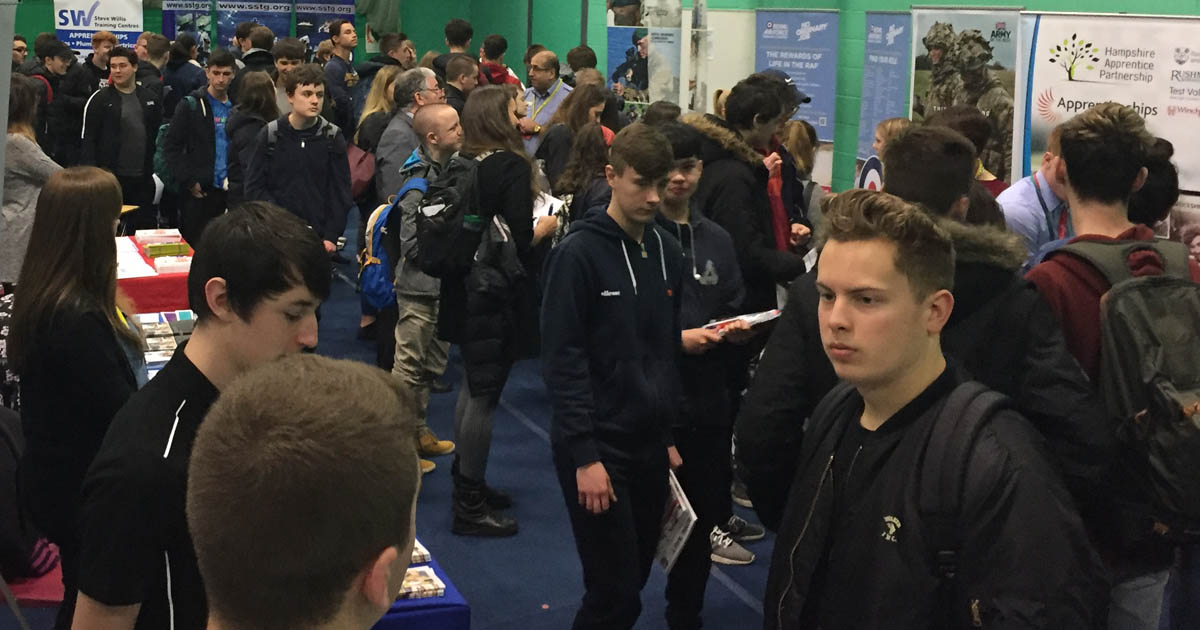 Barton Peveril once again hosted a successful Futures Fair, where a wide range of local employers and training providers came into college to talk to students about the options available to them after their A Levels. More than 1,100 students and over 50 local employers, apprenticeship and training providers, and gap year organisations attended the event on Thursday 15th March.

Amongst the representatives in attendance were some of the nation’s largest employers, such as IBM, Exxon Mobil, BAE Systems, SSE, and Mott Macdonald. The delegates who attended the event were eager to praise it, particularly SSE IT Degree Apprentice Daniel Raper. Daniel was a student at Barton Peveril last year and attended the Futures Fair during his time at Barton, where he first met SSE and began the journey towards the apprenticeship he is now completing. Daniel said:

“As a student it’s a really useful opportunity to get to know about the options around, other than University. Being able to come here and have a person to talk to really helped me make my decision.”

Two representatives from the largest companies to attend, Exxon Mobil and IBM, also spoke highly of the event and the students who attended. Jacob Mould of Exxon Mobil said:

“It’s a great opportunity for students to get an insight into what we do, before they leave college.” Andrews Helps of IBM then praised students, saying: “The students are eager, interested, and have come forward and are asking a lot of informed questions.”

“The event opened up the different, fun things available to me after college, other than University, from volunteering in a gap year, to the Army, to apprenticeships and to business work.”

“It’s great to meet aspiring teachers of the future who are already laying down plans before they leave college and to talk to them about the experience they’ll need in this profession.

The Futures Fair followed last week’s Higher Education Fair, which also sought to give all students the opportunity to plan for life after studying at Barton Peveril.

Here is the full list of Futures Fair delegates: