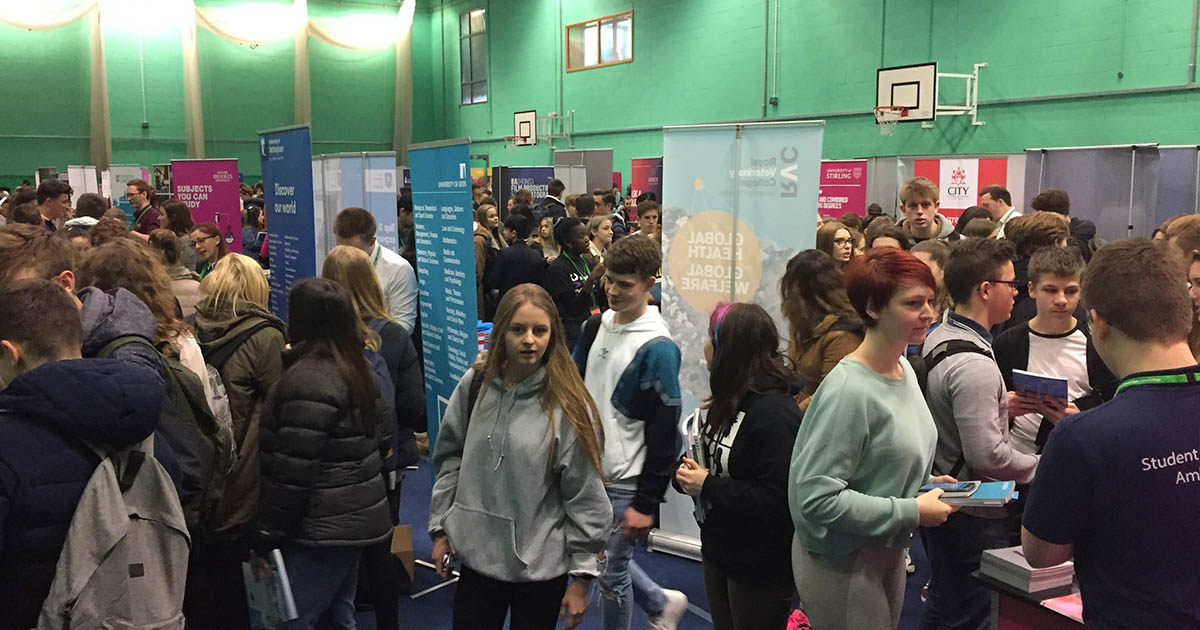 In attendance at the event were representatives from Universities throughout the United Kingdom, from Edinburgh to Essex and Cardiff to Coventry, including a representative from Institution of the Arts Barcelona. A large number of pupils visited the event, with Moe Hanafy from Cardiff University praising the turnout:

“This event exposes you to a range of good quality students of different ages, with diverse academic backgrounds. It is really busy, I ran out of prospectuses very quickly as everyone is so keen to take their next step towards success.”

Alix Hickman, who represented the University of Winchester, was also eager to praise the Barton Peveril students:

“The students I’ve spoken to are well prepared and have obviously reflected on what they want to gain from University, so I’ve been having really meaningful conversations.” Alix Hickman then commented on the benefit of inviting local schools to the event, stating it “is nice to see younger school children too, to give them a chance to get excited about University.”

“This provided great information for our students and helped to inspire them towards Higher Education, particularly further away from home, in the future.”

“The Higher Education Fair is a really good opportunity to have a wider experience of Universities before open days, giving you a better perspective on what course and University is right for you.”

Once the Higher Education Fair came to a close, representatives from the Universities of Oxford, Cambridge, Southampton, Portsmouth, Bristol, and Leeds held a Question and Answer Panel. The panel answered all the students’ questions about life at University, including how to apply, how to select a course, and how to know which University is right for them.

The Higher Education Fair will be followed by the Futures Fair, which takes place on Thursday 15th March. The Futures Fair sees over 50 Employers, Apprenticeship and Training Providers, and Gap Year Organisations visit the College to talk to students about all the options available after studying at Barton Peveril.

Here is a full list of representatives, who attended the event: