Barton Peveril Sixth Form College is once again celebrating the academic success of a group of students, who have been offered prestigious places at the Universities of Oxford and Cambridge (ten for Oxford and four for Cambridge). The total number of successful applicants has been raised threefold, to 48 offers in three years. The students have received offers to study a wide range of subjects, from Classics and English to Mathematics and Computer Science.

“I’d like to add my congratulations to those brilliant Barton Peveril students who have won themselves offers from the Universities of Oxford and Cambridge. They were competing with the brightest people of their age in the UK and internationally and have succeeded because of their exceptional abilities and application.” Principal Jonathan Prest speaks very highly of the applicants. 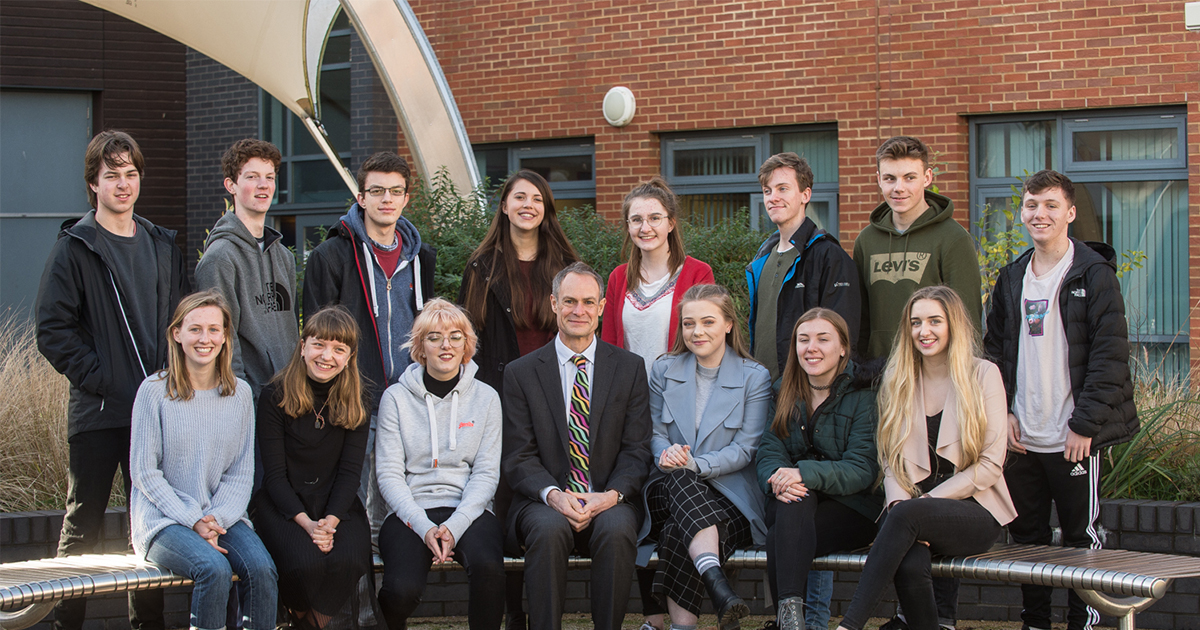 The success of the dedicated Oxbridge Support Service, headed by Coordinator Shoonagh Hubble, is also highlighted by the Principal:

“For the last three years the college has identified students with potential, regardless of background, and prepared them for a successful Oxbridge application. Our Aspire programme includes lectures by local academics, visits to and by Oxford and Cambridge, practice interviews and providing each applicant with a mentor to prepare them, build confidence, and steer their studies.”

Barton’s Oxbridge Support Service includes visits to and from both Universities, external mock interviews from individuals with experience in securing students places to Oxford and Cambridge, support from Barton alumni who are current undergraduates at the Universities, and enrichment activities such as taster lectures. This coincides with Barton’s Aspire programme, which aids all students pursuing places in the country’s top Universities. The Aspire programme offers students field trips to the country’s Russell Group Universities, University lectures on a wide variety of topics, and tailored application support.

Among the applicants this year are various success stories, from local schools.

“At Fareham Academy we are very proud of Jessica and Lucy’s success and wish them all the very best as they embark on this incredible opportunity at Oxford University. Both Jessica and Lucy wholly deserve this recognition for their continued hard work and dedication to their studies both at secondary level and at Barton Peveril. Both girls were academically bright and were aspirational in their chosen pathways; but they were also an integral part of the school community.”

Alongside these coupled success stories, are a range of other impressive offers.

This year saw Cambridge offer four students places on their courses, in a variety of their University Colleges. Eoghan Butler, formerly from Thornden School in Chandler’s Ford, was successfully offered a place at Jesus College to study Engineering. Abigail Robins, who came to Barton Peveril from The Hamble School, was successful in her application to study Chemical Engineering at Kings College. Caitlin Curtis, former Bitterne Park pupil, was offered a place at Newnham College to study Philosophy. The Gregg School’s former pupil Rory Hine was successful in his application to study Engineering at Churchill College.

We wish these students luck in the rest of their studies at Barton Peveril and for the beginning of very promising careers.