Football in the Community 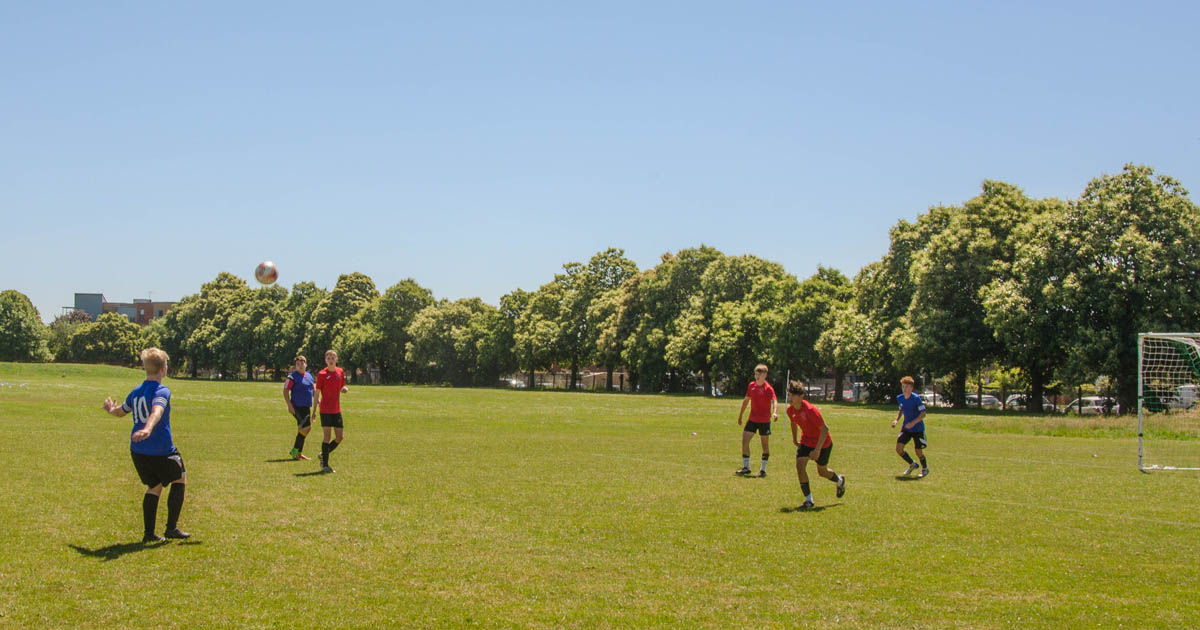 Barton Peveril hosted their third annual six-aside football tournaments for local schools’ Year 9 and Year 10 pupils on Wednesday 20th June and Wednesday 27th June respectively. A range of local schools competed in both tournaments, playing in a range of 14 minute games that lead from knockout rounds through to a final.

Teacher of Physical Education and HND Course Leader James Milligan, who organised the tournament, spoke highly of the event:

“This is a great opportunity for the Year 9 players to test themselves, against a wide range of other local schools. The tournament is a great experience for all the pupils involved, who enjoy the competitive element and can further their passion for sport in a friendly and welcoming environment. This is a fantastic event for us at Barton Peveril to organise and run, as it has such a highly positive impact.”

Year 10 players from Cantell School, The Westgate School, Crestwood Community School, Chamberlayne College for the Arts and Hounsdown School all took part in the event the following week. The Westgate School won the tournament this year, playing well in all their games and securing victory in a closely fought final match.

This year’s Year 10 tournament was held in memory of Hounsdown School teacher Michael Jeffery, who sadly passed away earlier this year. Mr Jeffery was a supporter of the event and led his Hounsdown team to victory in the first year of the tournament, in 2016.

“Michael, who was a well-respected and popular PE teacher from Hounsdown School, was a great supporter of the tournament which is now in its third year. Michael was keen for Hounsdown to be involved each year and entered a very strong team in the first tournament in 2016, which they convincingly won. His enthusiasm, presence and impact on the PE community will be sorely missed.”

James Milligan also praised the event and its benefit to local youth sport, in and out of school:

“The Year 10 tournament is a very enjoyable experience for all the local schools involved, who play against one another in a friendly but competitive atmosphere. By using our facilities the teams can participate in an event much larger than they can usually, which is a great learning experience for them both in sport and in preparation for life after school. We are proud this event is so beneficial for a large number of pupils in the community.”