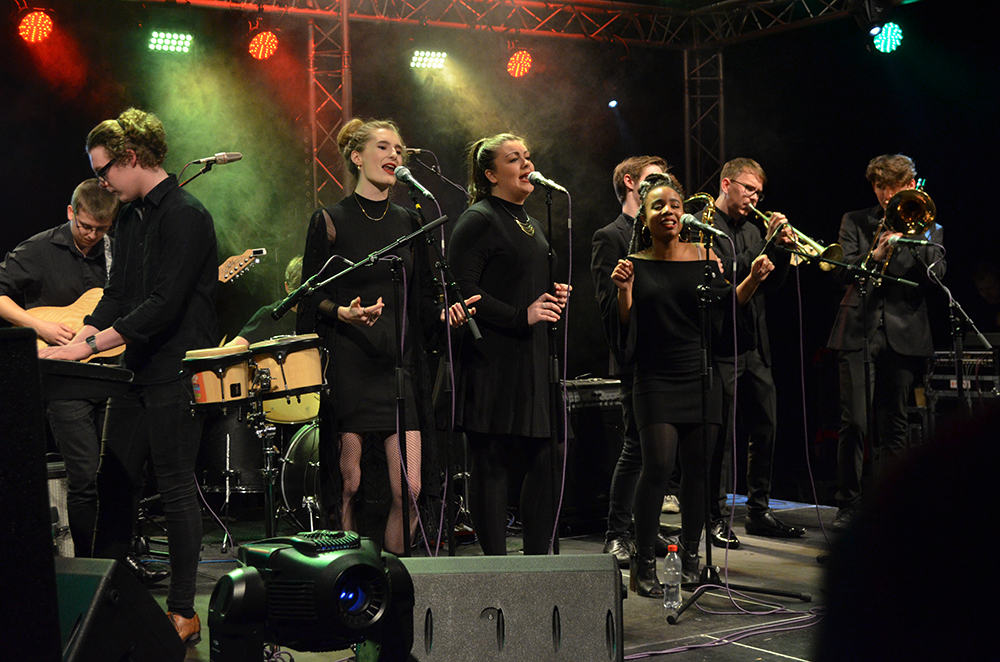 Barton Soul performed four covers in exceptional detail, with each of the three singers receiving a turn in the spotlight before seamlessly blending back into exquisite harmony, all the while being backed by a tight rhythm section with horns adding some extra glitz.

Alex Diaz, Teacher of Music at Barton Peveril said: “Getting in the Way by Jill Scott was a clear highlight, showcasing the strength of our students’ a-cappella vocals. Barton Soul faced the gauntlet of going on first and setting the tone, and they were followed by an array of diverse and talented bands. We were treated to a variety of rock, pop and indie groups, but we were delighted to take home the winning trophy.”

The judges were clearly blown away by the performance with one commenting that the Barton band were the best band he’s seen in the three years of adjudicating the competition!

Solent Sound aims to develop the skills of participating college students by offering them a chance to extend experiences in music performance and technology, learn about university life and courses, receive valuable in-college mentoring sessions and ultimately compete in front of a live audience and a panel of industry professionals at the festival.