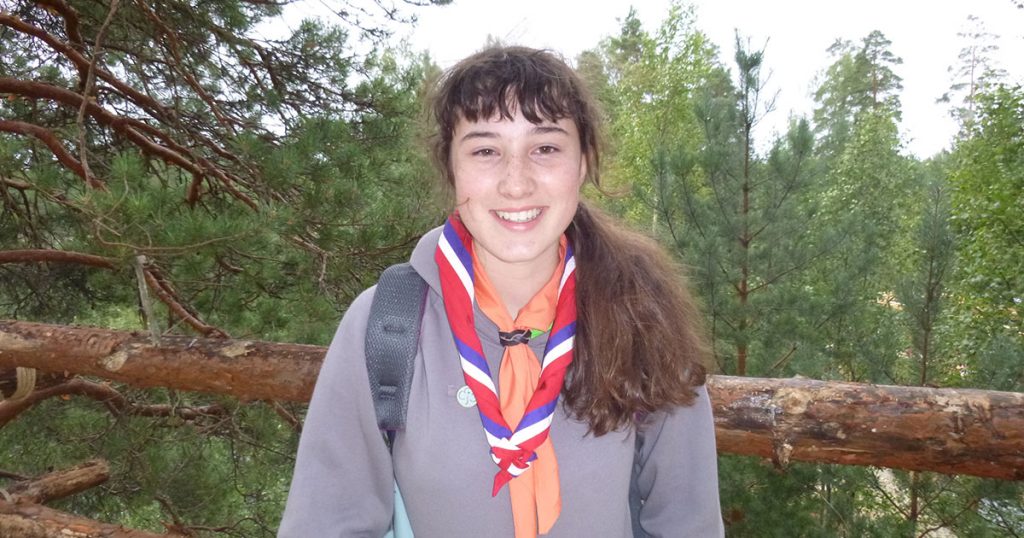 Isabelle Millen has been chosen to represent Girlguiding at the highest level by becoming an Advocate for the movement. She is one of 18 in the UK who speak for the organisation to policymakers, the media and the wider community.

Eighty young women applied for nine places as Advocates this year and 20 shortlisted individuals were interviewed over Skype.

“I’ve already had incredible opportunities in 11 years in Guiding, I’ve already spent two weeks in Finland at the World Scout Jamboree, led a Brownie pack visit to Paris and visited Switzerland,” she says. “Being an Advocate means I’ll be campaigning and speaking up for girls and young people on important issues such as sexual harassment and gender stereotyping.”

Isabelle, who came to Barton Peveril from Wyvern College, is taking A levels in English Language/Literature, Politics and History. She is aiming to take a degree in Politics or English and go on to work in education or politics.