This summer 4171 students across the UK sat A Level Computing exams. According to Joint Council for Qualifications data, just 314 of them were girls – but the number who achieved A or A* grades outstripped the boys by almost three per cent. 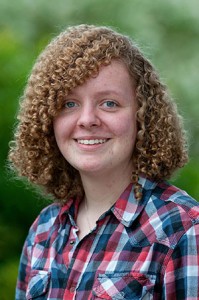 Among the high fliers was Barton Peveril student, Phoebe Chapman  who will swim against the tide in an even more exclusive pond as a Computer Science undergraduate at the University of Surrey.

The thorny issue of gender balance among young people opting for IT, Computing and other STEM-based subjects in schools and colleges has renewed impetus following the publication of this year’s Women in Technology survey by Computer Weekly and technology recruitment specialists, Mortimer Spinks.

Despite the broad range of fulfilling, exciting and lucrative employment opportunities in the industry, the survey revealed that the average number of women working in technology teams in the UK is just 12 per cent, down from 15 per cent last year.

Such figures make students like Phoebe crucial role models for change. Passionate about her subject and pragmatic about negative perceptions of the industry, she is well placed to blaze a trail others will be keen to follow.

“I know that at some universities there’s only one girl on the Computer Science course, but that doesn’t faze me,” says the former Brookfield pupil who was one of three females in her A Level computing class at Barton Peveril – one of them her teacher.

“Computing is what I want to do, so I’ll deal with it.  The fact I took Maths at A Level lends itself to hard programming but I also took graphics which goes nicely with design work and web programming.  I hope to specialise in something that brings all those skills together.”

For someone who didn’t know what computing was until curiosity got the better of her at a college open evening, Phoebe’s career prospects are bright – a fact endorsed by Professor Alan Woodward, visiting professor at the Department of Computing at the University of Surrey.

Commenting on the reasons why fewer young women than men study computer science at university, he said: “It’s a complicated picture but what is very clear is just how well young women do when they decide to choose these subjects.

“They find that not only are their employment prospects significantly increased, but their earning potential is higher than their peers.  Studying computing can take you into just about any industry or field; the opportunities are immense.”