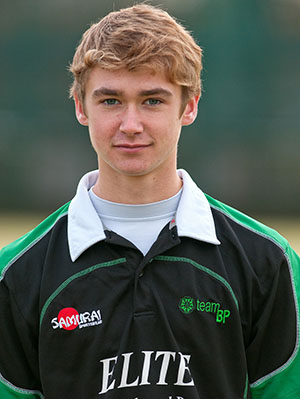 Led by the  performance department at England Hockey, the academy aims to ensure  that athletes of the future are supported, motivated and inspired to  maximise their talent development and potential.

Luke received  news of his latest accolade just days before his 17th birthday. He  attended Cams Hill School before going on to take A Levels at Barton  Peveril where he has brought the talent he displays at Fareham Hockey Club to the College’s first team.  Currently Barton Peveril is top in the HCSA Mixed League and  top of the Educational Boys League. The College will support Luke as he balances his studying commitments with national camp coaching and performance sessions  including advice on nutrition, psychology and lifestyle.

Paul  Yeates, hockey coach at Barton Peveril commented: “This is brilliant  news for Luke and underlines our commitment to supporting and nurturing  outstanding sporting talent at Barton Peveril.

“The academy  programme counts Rebecca Adlington, Tom Daley and Jack Wilshere among  its ambassadors.  This is an astonishing opportunity to learn from their  experiences and gain a true insight into what it takes to become an  elite athlete.”