Fine Art, Product Design and Business student, James Willcocks, attended a celebration event at the Design Museum in London after having his work shortlisted for a national prize. 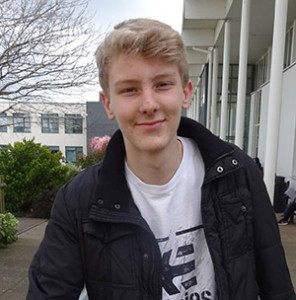 James was asked to consider how design can surprise us and change the way things are seen and experienced. His response was a bench formed by seats that appear from a wall as people approach.

“The idea was to spark conversation between people who don’t know each other,” explained James, who hopes to make a career in product design.

“One seat would appear, then once someone had sat on it another would appear meaning the next person would have to sit next to them.”

As well as enjoying complimentary access to the museum’s exhibition areas, James joined fellow finalists for a workshop led by architect James Christian, the Design Museum’s current designer in residence.