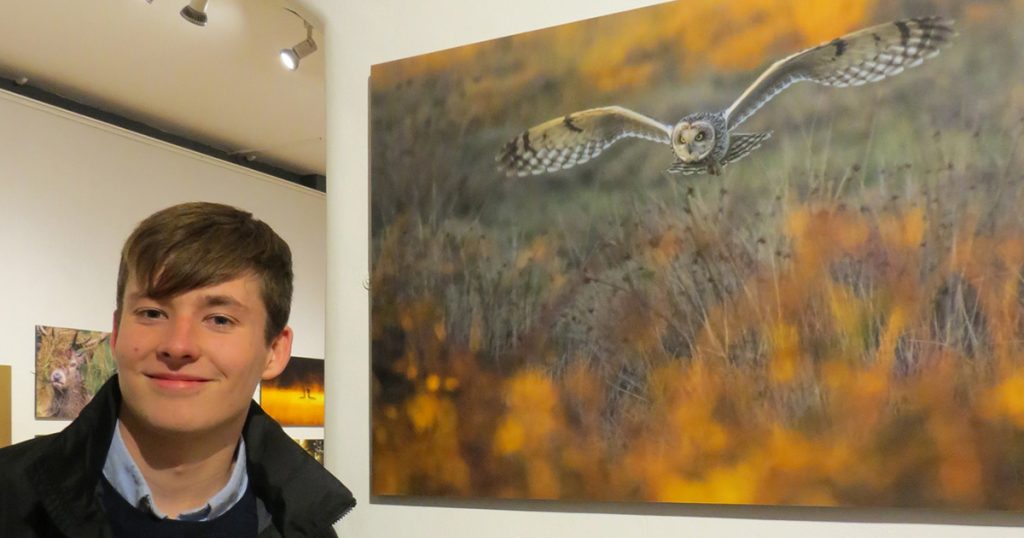 Former Barton student Matt Roseveare is celebrating winning a top prize in this year’s British Wildlife Photography Awards. He came first in the 12-18 year category for his stunning evening picture of an owl at Farlington Marshes after judges decided it was the most striking and memorable of all the entries from the young photographers.

“As the light began to fade a short-eared owl emerged to hunt for prey above the marshes. Standing on the sea wall I was amazed when it began to fly towards me – it is a moment I will never forget!” says Matt.

His image ‘The Golden Hour Hunt’ has been already been showcased on The Guardian website and BBC Breakfast News and Matt was interviewed on Sky News.

Matt, 18, formerly of Thornden School, started taking photos at the age of ten but took up the hobby seriously at the age of 14 when he was given a camera for his birthday. “You have to be very patient to take good wildlife pictures but it’s all worth it when you get a great photo,” he explains.

Following A levels in Sociology, Media and Moving Image, he is now on a gap year and aims to study Marine and Natural History Photography at Falmouth University.

Matt’s ambition is to become a professional photographer: “I plan to travel over the next few months. If I go to visit my uncle in Canada, perhaps I could photograph some bears!”