Our guitar playing Head of Maths has won his way to the international finals of a science competition with his logarithmic love song.

Kyle Evans wowed judges at the regional and national heats of FameLab, a competition in which scientists have just three minutes to explain their research in a funny and accessible way.

Organised by Science Oxford, entries ranged from the physics of geckos feet to the potential for treating Alzheimer’s with electrical brain stimulation.

But Kyle’s song about the mathematics of love has won him a place in the international finals to represent the UK at the Cheltenham Science Festival this summer. 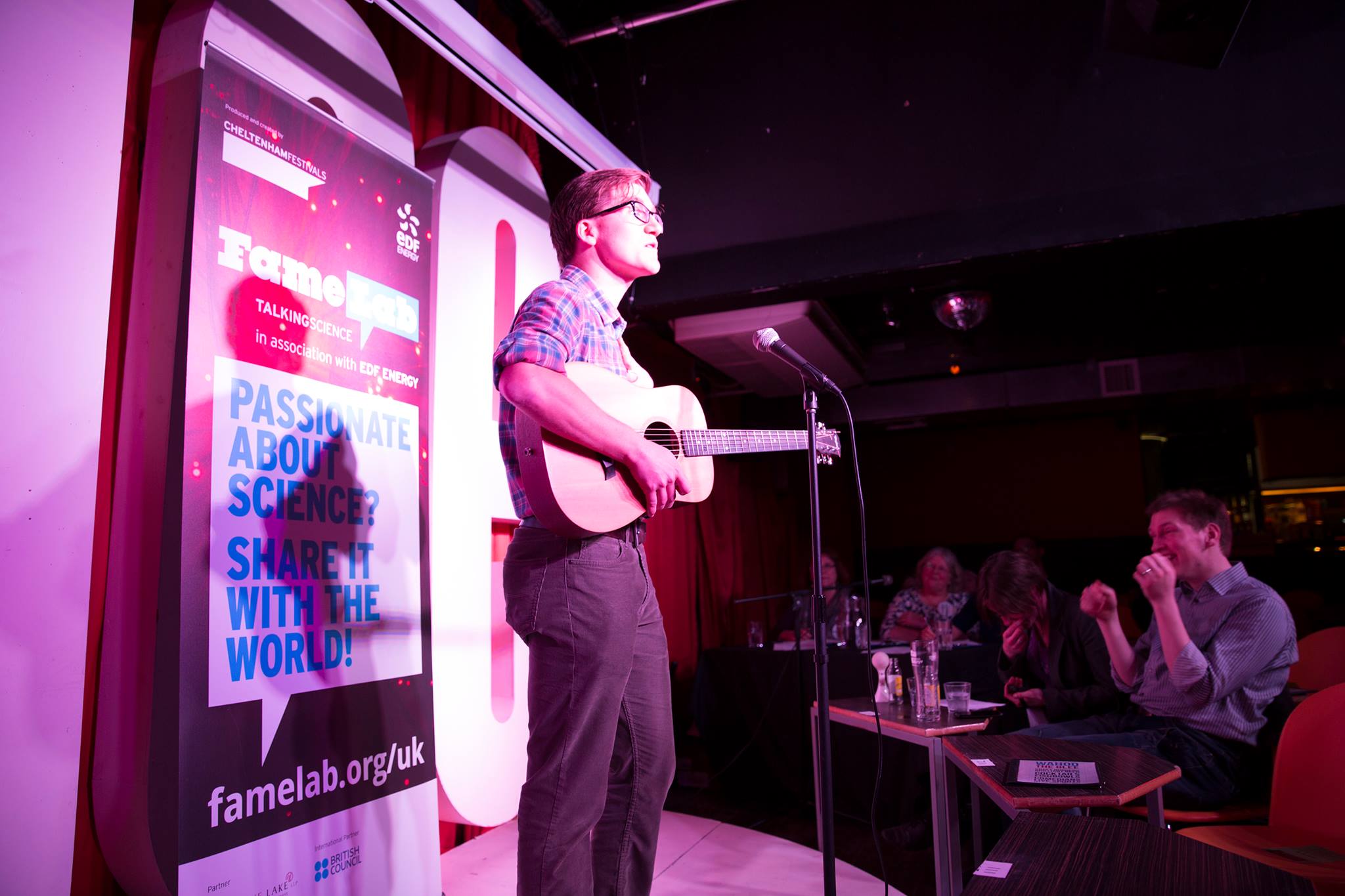 Kyle, who has taught Maths at Barton Peveril for three years and will be competing against scientists from around the world in June said: “I think about maths all the time – that’s what I was trying to get across in my song. Maths is beautiful and amazing. The trouble is it often gets pushed on students because it’s useful when it should be taught because it’s fascinating. People don’t get interested in things because they’re useful, they do it because they’re passionate.”

As well as heading up the Maths and Computing Department at Barton Peveril Sixth Form College in Eastleigh where he teaches A Levels in Maths and Further Maths, Kyle is a folk singing mathematician by trade and in his spare time he likes to do more maths and more folk singing.

Kyle’s always looking for new and inspiring ways to communicate his love of maths to his sometimes slightly apprehensive audience. Having toured the UK in a folk band for the last ten years he’s recently had his unexpected big break on BBC Radio 4 as a solo artist where he was able to perform his Oxford regional final winning piece on logarithmic love for the nation.