Barton Peveril footballers added to an impressive season’s trophy haul by winning the Hampshire six-a-side tournament for the first time since 2008. 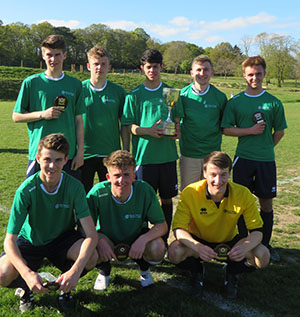 The team won every game in the group phase beating Totton, Bournemouth and Poole, St Vincents and Peter Symonds without conceding a goal.