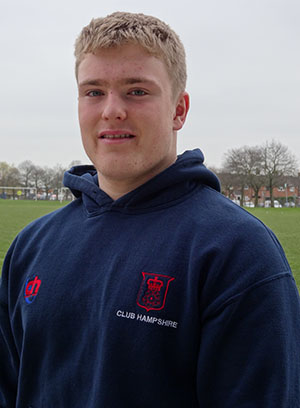 The Extended Sport Diploma student and hooker – who also plays for Chichester – is rubbing shoulders with New Zealand’s top players after being selected for the Crusaders’ 2014 International High Performance Unit.

Kyran has completed his college course ahead of time in order to spend five months in the hotbed of world rugby, living and breathing the game with the most successful team in the history of New Zealand’s Super Rugby competition.

The Crusaders count a significant number of current All Blacks in their squad and Kyran hopes that his time down under will prove a valuable step towards playing the professional game. He is already on course to achieve the highest possible grades in his Extended Sport Diploma and has secured offers of places to study sports science at university from September.

“All this has happened extremely quickly and purely because I happened to be in the right place at the right time,” says Kyran, who was told about the Crusaders’ programme by a Kiwi neighbour in Fareham.

“I filled out the application form before Christmas but didn’t hold out much hope as they only take 12-15 people each year. I’m incredibly lucky to have a place – it’s going great out here, well worth everything!”

The former Brookfield pupil is living with a local family in Christchurch and will learn technical and tactical aspects of the game from the best players and coaches in the world.  The total development programme also works on physical and mental skills, lifestyle choices and nutrition.

The cost of the trip is being met by Kyran’s family, with assistance from Eastleigh Borough Council.