Second year student Christina Webber, will be studying stateside this autumn after being awarded a scholarship place at Bryn Mawr College in Pennsylvania. 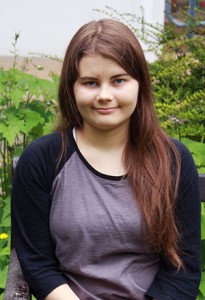 The Trust received more than 1200 applications for places on its 2013/14 Study in the US Programme which is run in partnership with the US-UK Fulbright Commission.

The scheme encourages academically talented, low and middle income British students to consider studying at the best American universities, many of which offer attractive scholarship packages with tuition fees and virtually all living costs paid for four years.

The challenges and benefits of living in a different country are not new to Christina, whose family came to England from South Africa when she was seven years old.  A former pupil of Quilley School in Eastleigh, she is taking A Levels in Maths, Further Maths, Chemistry and Physics at Barton Peveril and is keen to pursue her interest in the positive, real-world applications of science as an undergraduate.

Commenting on her success, Christina said: “This time last year, getting into an American university seemed impossible and now I’m celebrating being accepted into my top choice!

“The Sutton Trust gave me so much great advice about everything from finances to exam preparation.  I definitely couldn’t have done it without them.”

Christina favours the flexibility of the American system which allows students ‘breathing space’ to explore a broad range of subjects in their first year before narrowing down choices for the remainder of their degree programme. She is actively involved in mentoring other interested students at Barton Peveril through the college’s Study in the USA Club.