Shannon Newsom was just four years old when she first got the baton twirling bug. 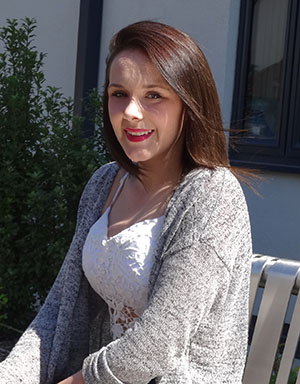 Twelve years on and she is bowing out on a high having won World and European Championship titles as part of the England team at a recent competition in Italy.

Going for gold has taken up most of Shannon’s free time in recent years.  She has been competing at international level since 2009 when her individual rankings stood at eighth in the world and fourth in Europe.

But training for four hours on a weekday evening and seven hours on both Saturday and Sunday leaves little time for study so the Dance, Health & Social Care and Sociology student has stepped down to focus on gaining the grades she needs for a career in nursing.

“The England team haven’t won the World Championships for 19 years so it was an amazing experience,” said Shannon, who trains with Basingstoke’s Oasis team.

“Baton twirling is just something I have always loved. I’m sure I’ll go back to it in later life!”