Author and screenwriter David Nicholls described how a passage in an A Level text inspired his best-selling novel One Day when he returned to his home town as part of Eastleigh Library’s 25th anniversary celebrations. 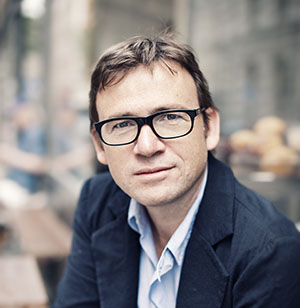 Nicholls’ enduring love of Thomas Hardy started while he was a student at Barton Peveril in the early Eighties.  He went on to study English and Drama at Bristol – the first member of his family to go to university.

“When I read Tess of the D’Urbervilles at Barton Peveril I loved it,” he told his audience at The Point.

“A small passage in Tess gave me the idea for One Day…and Tess is also my favourite [screen] adaptation of all I’ve done.”

Describing himself as a ‘voracious reader’ who worked his way through the shelves of the town’s library while a pupil at Chamberlayne and Toynbee schools, Nicholls often writes in a library atmosphere because, he says, ‘you’re forced to concentrate’.

His latest bestseller, Us, was nominated for the 2014 Man Booker prize and his screen adaptation of another Hardy classic – Far from the Madding Crowd – will be released on 1 May.