A Level Film Studies offers you the chance to ‘read’ films, exploring their layers of meaning and assessing the theory behind them. After studying Film Studies at Barton Peveril you will be able to evaluate and debate some of history’s most notable films, as well as applying this theoretical knowledge to the creation of your own films.

This course has a mixture of:

Why choose this course?

The combination of theoretical and practical skills leads Film Studies students to a range of further study and employment options, including Film-making, Journalism, Publishing, Marketing, Art and Design. 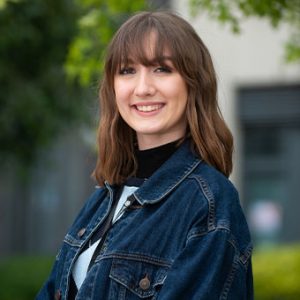 "I particularly enjoy being seen as an individual and having support whenever it feels needed, without feeling like a burden. I always feel like I can go to a teacher for help with confidence and always receive the help I ask for."

Read more about Cara and some of our other students.